Before dual SIM phones, you’d have to manually switch between SIM cards to find a contact, make and receive calls, send text messages or money from a different mobile payment service. The alternative was to carry two or more phones each with its own SIM card.

Thanks to dual SIM phones, the hassles of swapping out SIM cards are a thing of the past.

You can have your personal and work numbers on the same phone, get the best carrier deals for calls and data, and even keep your old number without having to port it to a new carrier SIM.

What Are Dual SIM Phones?

Dual SIM is a facility within a mobile phone that allows it to operate two separate network services. This way, you can switch between SIM cards when one carrier has coverage outages or gaps.

Dual SIM also helps you save money by cutting down on call costs where calls between users of the same provider are priced less.

If you’re an avid traveler, having a dual SIM phone means you can get better connectivity in certain areas where carrier coverage differs, move between borders, and stay connected without enormous roaming fees.

The main drawback of using a dual SIM phone, especially one with two transceivers, is that the battery drains faster. This happens because both transceivers are active, using the Dual SIM Active technology (DSA) that allows both SIMs to receive calls simultaneously.

Most popular handheld devices offer the dual standby, hardware-supported auto-switch state. This means that both SIM cards are usually on standby when the phone isn’t in use. But during a call, one SIM card is temporarily disabled to allow the active one to operate.

There are other advanced phones with dual transceivers that allow both SIM cards to be active simultaneously, such that each SIM card uses its own transceiver.

Older phone models may have a SIM card tray with two slots, but only one transceiver. In this case, you may have to manually swap SIM cards because the transceiver is designed to work with one allocated SIM card.

Some phone manufacturers today offer dual SIM phones preinstalled with an eSIM.  An eSIM is an electronic microchip built into the phone that acts as a SIM card so that you won’t need to swap it out when changing carriers.

The eSIM can be the primary number you use and if you need to get a second SIM card, you can add a physical one. However, the eSIM setup isn’t widespread yet, owing to inconsistent adoption of the technology by mobile carriers and manufacturers.

Here’s our list of the best dual SIM phones you can get right now. We’ll make sure to update this list on an ongoing basis as new phones are released.

No sooner had the Samsung Galaxy S10 come out, than the S20 was released. As hard as it is to keep up with the latest technology in the Android space, the S20 has completely changed the smartphone market.

The phone comes packed with high end specs you’d only dream of in a phone giving you the flagship experience you deserve. Some of the striking features include a striking array of quality cameras, ability to playback an 8K video, expandable storage of up to 1TB via SD card, 120 Hz display, water resistance and wireless charging.

The S20 supports up to three SIM cards – one eSIM and two physical SIM cards. The phone also has two transceivers shared between the eSIM and the first SIM card slot.

If you buy the S20 unlocked, you can’t use the triple SIM feature. Instead, you’ll have to use the single SIM or dual SIM and expandable storage.

The iPhone 11 comes feature-packed right out of the box with a stunning dual camera system, Apple’s A13 processor, and storage which starts at 64GB. The storage may not be expandable but you can still upgrade your iCloud plan when the free 5GB cloud storage runs out.

The phone comes with an eSIM pre-installed and locked to a selected carrier, but you can add your physical SIM card as the primary number you use. You can also buy the iPhone 11 unlocked and set up your eSIM to your mobile carrier.

The OnePlus 8 also offers excellent features such as a full screen 90Hz display, a big battery, and the triple camera system that’ll bring life to your shots and more detail to your videos.

The phone also comes with 8-12GB RAM and 128-256GB of non-expandable storage, Qualcomm Snapdragon 865 processor, and an IP68 rating (if you buy it with US mobile carriers).

The OnePlus 8 features dual SIM using the dual standby technology, meaning it will preserve your battery compared to having the always active Dual SIM. However, the phone can only support one 5G and one 4G SIM card at a time.

The Samsung Galaxy A71 is a midrange lineup smartphone with a full screen display, in-display fingerprint scanner for biometrics, and quad-camera setup that supports 4K video recording.

Not only that, but it also comes with the Snapdragon 730 processor, a large 4500mAh battery, fast charging, 128GB storage and 6GB RAM.

The Galaxy A71 supports dual SIM even when unlocked. If you buy the phone with an eSIM, you’ll get the full triple SIM card support guarantee. The phone’s SIM tray supports either two nano-SIM cards or one nano-SIM card and expandable microSD storage of up to 1TB.

The LG Velvet phone has an up-to-date design with a curved glass display, glass back, and is available in six colors that shine beautifully in the light. The phone features the Snapdragon 765 processor that supports 5G connectivity, a 4300mAh battery with fast and wireless charging, and 6GB or 8GB RAM with 128GB base expandable storage.

While the 60Hz display may not be the best in the market, LG has invested its OLED technology in this phone. Plus, the phone has a triple camera setup with a 48MP main camera that supports 4k video recording, an optical fingerprint scanner, and official IP68 rating.

The LG Velvet has a hybrid dual SIM tray that supports one 5G nano-SIM and one 4G nano-SIM using the dual standby technology.

With a small form factor equivalent to the iPhone 7 or 8, and a tiny display, the iPhone SE 2020 is without a doubt a wolf in sheep’s clothing.

Under the hood, the iPhone SE 2020 shows off what a flagship phone in an ergonomically small body can do. The phone comes with a 4.7-inch LCD display, A13 processor, a 12MP camera, touch ID, and wireless charging.

The iPhone SE handles dual-SIM like the iPhone 11 using the eSIM technology. This means you have to buy the phone from your mobile carrier’s store, and add a physical SIM card later when available. However, you only get one SIM card tray.

This list wouldn’t be complete without including a Google Pixel phone. The Pixel 4a is not only affordable, but also packs software that supports a great camera system.

The plastic-backed Pixel 4a phone offers the next-gen option for eSIM, and a single nano SIM.

Dual SIM phones may just be the perfect balance between work and personal life. With the introduction of e-SIM, you can now transfer your current number directly to your trusted provider and add a secondary SIM card for business or work.

Did your favorite dual SIM phone make the list? Tell us about it in the comments. 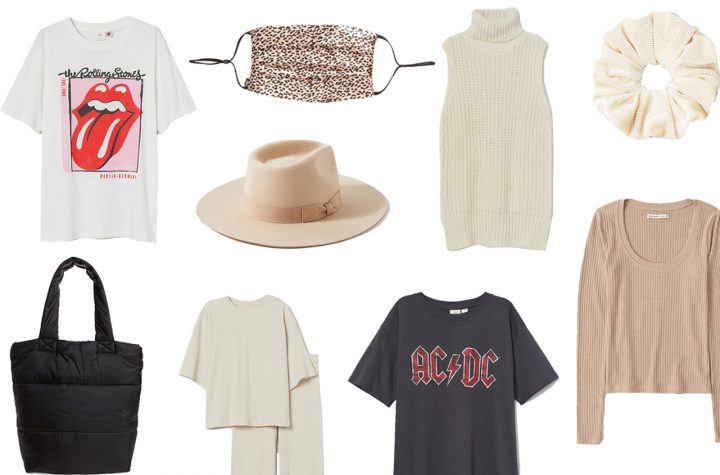